A ranch in the San Francisco Bay Area was the backdrop for a meeting between environmentalists, ranchers and resource professionals from federal and state agencies. At this meeting of former foes in the summer of 2005, participants drafted a resolution documenting common ground for the conservation of the rangeland encircling the Central Valley, including the Sierra foothills and interior coast ranges. The California Rangeland Resolution recognizes that the health of these rangelands and the diversity of species they support are largely due to grazing and other land stewardship practices of the ranchers who own and manage them.

The resolution is signed by agricultural organizations and environmental interest groups, as well as local, state and federal agencies. Together, these signatories form the California Rangeland Conservation Coalition. Rangeland Coalition members have pledged to work together to preserve and enhance California’s rangeland for species of special concern, while supporting the long-term viability of the ranching industry.

The value of grazing and other land stewardship practices undertaken by California’s ranchers is being increasingly acknowledged, not only as preferred land use, but also as an essential resource management tool. Recent published studies on rangelands throughout California have documented the positive impact of grazing on habitats of several species of special concern. 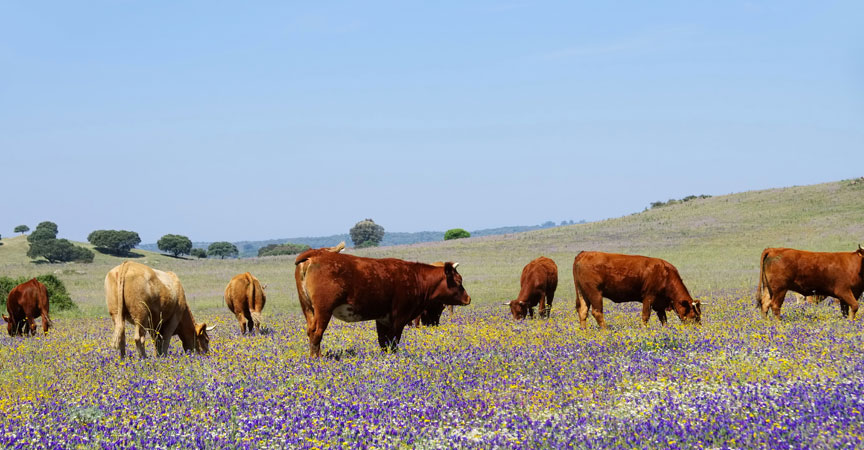 In California’s Southern San Joaquin Valley, preliminary research indicates that populations of Giant Kangaroo Rats, San Joaquin Kangaroo Rats, San Joaquin Antelope Squirrels and blunt-nosed Leopard Lizards – all listed as threatened or endangered – are affected negatively by thick ground cover. The research acknowledges that although grazing may have originally contributed to the introduction of non-native plants, moderate to heavy grazing by livestock currently may be the best way to manage habitats for these small vertebrates.

The message that grazing can benefit habitat on California’s rangelands has been heard beyond the conservation research community, and is even impacting conservation regulations. The federal listings of two species under the Endangered Species Act (ESA) in California contain the 4d rule. The 4d rule exempts routine ranching practices from the prohibitions of the ESA, including taking, harming and harassing listed species. The U.S. Fish and Wildlife Service has recognized that ranching activities including grazing and maintenance of stockponds benefit the California Red-Legged Frog and the California Tiger Salamander.